Bag on the bomb

There was a time when bomb fishing was seen as a chuck-and-chance method for sitting it out for a few carp in winter. Now nothing could be further from the truth, as it’s a year-round winner, especially on venues where carp are tuned in to the noise of loose pellets hitting the water. Bomb fishing often gets better and better as the summer goes on and becomes autumn. This is usually because the fish have had enough of feeders chucked at them all year and become wary of a small compact pile of pellets.

You join me for an evening session on the fantastic Loco Lake at Lindholme Lakes to bring you some key tips for lead work.

I’ve not fished with a conventional style bomb with an eye and snap swivel for years. I prefer an in-line lead because I’m convinced that carp pick up the weight when they pick up the hook bait, resulting in more fish becoming hooked. The effect is a bit like an in-line feeder and I also liken it to the reason a lot of specimen carp anglers use in-line weights.

I use the Matrix In-Line Leads coupled with a longer in-line tube from the Alloy Feeder range, rather than the shorter tubes they come with. I believe the self-hooking effect is increased even more with a longer stem. 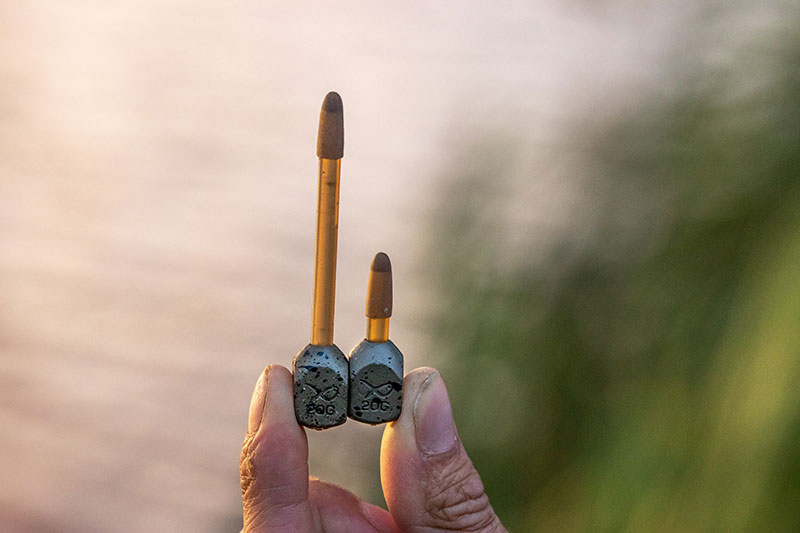