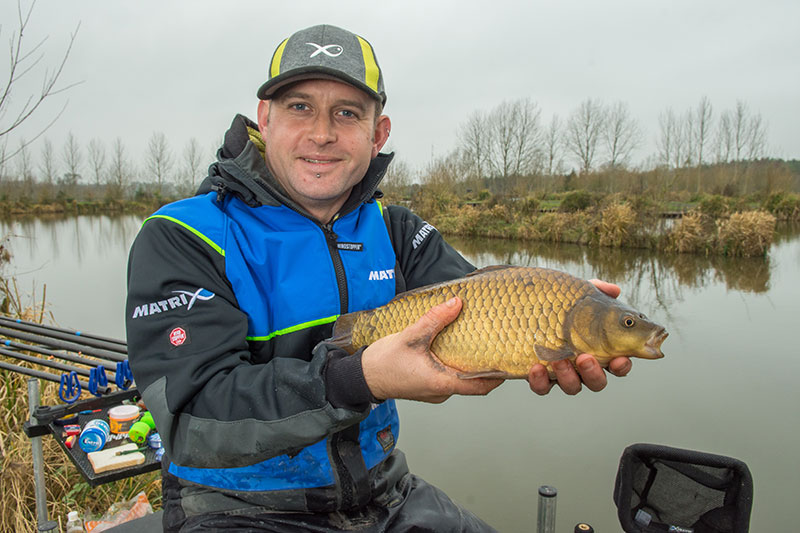 Ben Townsend is a rising star of the commercial match scene

After a few weeks away due to a much needed holiday fishing in Thailand I was itching to get back amongst the matches, here’s a quick rundown of my matches in May….

I’ve drawn peg 37 on Bonsai which was very tightly pegged and the wind was horrific. I had a steady day catching short on pellets early then catching a mixed bag at 6 sections on pieces of worm kindering worm and casters in sloppy fishmeal groundbait. I weighed 53lb for a mini section win and 5th in points section, I was beaten by some bigger carp from the other end of the section but I was happy with the result and good team points.

The following day I was heading south to Colemans Cottage, for the "A" final, which I qualified for by finishing in the top 30 from the 110 peg spring league, with some serious money up for grabs I was keen to get a good draw.

My drawing arm put me on peg 1 on Wood, I had a great start catching carp short on pellets, before catching f1s long down the bank on corn before I found some large carp on worms over groundbait down the edge late on. I weighed 123lb, which unfortunately as I’d gone over the net limit was knocked back to 120lb, this proved to be costly as I ended up joint second! I still picked up nearly £600 on my first weekend back fishing so I couldn’t really grumble.

Next up was the Tunnel Barn Farm Fish O Mania qualifier, sadly I didn't get the draw needed which is as must in this type of event, I drew peg 13 on top which I was far from happy with. I fished to win, as always in these qualifiers, I had a great start fishing meat on a top kit, before catching a few shallow on caster, but as expected it didn’t last and I limped home with 61lb, 72lb won the lake and that was definitely possible by being negative but you get nothing for 2nd in these matches. 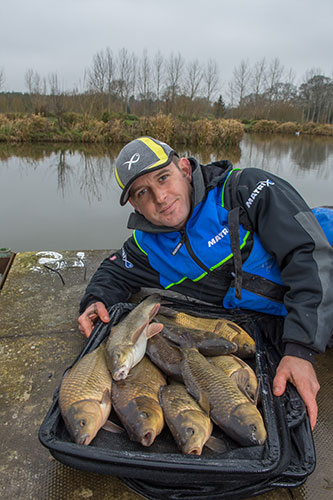 The following day saw a return to Decoy Lakes for the first time in months.

It was a full house and I pulled out peg 3 on Beastie, I Started by catching barbel and a lone carp on a top kit with cat meat, before moving shallow with caster along the spur to my left, as with all the shallow work this month it started well but got worse, as opposed to better which is usually the case at Decoy. I scratched around mid match before some lumps down the shallow edge to my left on cat meat late on boosted my weight. I put 120lb on the scales for a section win and 5th in match, ounces out of main frame, being out of touch with venue was costly but you’ll always have that if you’re not a regular to a venue.

Next up was a return to another local venue, Rookery Waters, another really well attended match which is becoming the norm at this lovely venue. I drew peg 5 on Magpie and I fully expected to catch shallow with pellets to the reeds, but again after a good start they disappeared. I eventually caught on the deck on corn long, before a great run short on meat in the later stages enabled me to weigh 82lb for 3rd in the match. 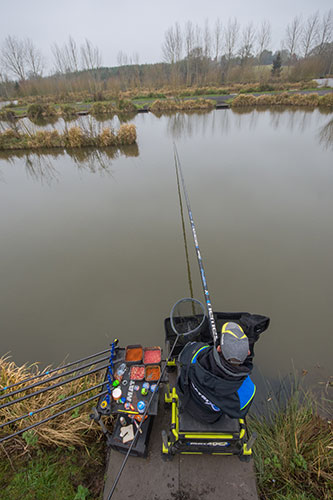 Ben had success at Rookery by fishing long.

I returned to Decoy for a weekend double header, I drew peg 5 on Horseshoe. I had a great first hour putting 75lb in the net, a few on cat meat on a top kit, before 50lb on caster shallow, I really thought I was on for a great weight but as per usual they vanished and never came back! I switched to the margin and I was soon catching down the edge, strangely despite it being f1’s I caught far better with cat meat which isn’t a known f1 bait! The swim has got better and better and carp moved in during the last hour which has turned it into a proper bagging match. As I was bagging I fished fairly heavy, 0.23 Power Micron to a 0.20 hooklength, 16 solid was my elastic choice as I just feels it helps you land fish quicker when really bagging.

My eight nets went 275lb which was enough for the match win.

Ben was surprised to be catching f1's on cat meat at Decoy Lakes.

The following day saw me draw peg 6 on Yew which to be honest is awful! I tried for some early carp but nothing so I decided to fish caster and worm at 6 sections for ide, and an odd f1. This did enable me to get a few bites throughout the day and 5 carp late saw me weigh 82lb to comfortably win the section which I feel is the best I could manage from the draw.

Back on the Fish O Mania hunt:

The final weekend of the month started at the Fish O Mania qualifier at Colemans Cottage where I drew peg 4 on Wood. I caught really well on a top kit with pellets, before bagging shallow, yet again though it's died, but by fishing underneath it I had a steady match before a few carp on corn over groundbait saw me end with 121lb for 4th in the match. In all fairness I could write another blog on everything that went wrong this match, and 2nd was definitely possible, luckily I’d never have caught the winner so it didn’t cost me. 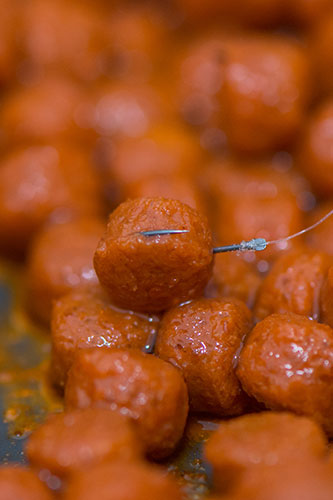 Ben has a lot of faith in colourings and flavourings on his pellets.

Finally to finish the month I've had the first round of the Matrix commercial champs at Makins Fishery. I was drawn on peg 3 on Lagoon which meant nothing to me as it’s not a venue I know. I’d heard it was going to be a low weight affair, so a 8lb carp dobbed first chuck was a great start, a 17lb beast half hour later was even better! I managed 1 more dobbing before a quick run on meat at 5m saw another 3 carp and a skimmer grace the net. The second half of the match however was dreadful for everyone on the lake, but I've had 1 more short and 2 down the edge to weigh 71lb, for that all important section win. 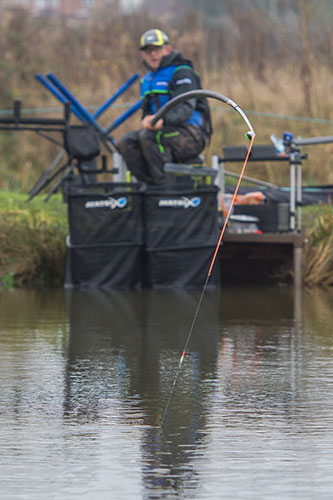 So really the best way to describe this month would be varied, shallow fishing has been all over and with a frost at the start of the month straight into boiling hot spawning weather it’s made the fish cagey in the upper layers, some settled weather should see it being good and June looks to be much better.

Rig of the month has been the deck rig beneath the shallow line.

Great month, and another busy one ahead with lots of big qualifiers coming up….