Having fished the World Pairs in Ireland for the previous 4 years I was really looking forward to this years event after what seems the busiest summer ever! It's an extremely well ran event and with stunning scenery and great fishing its quite simply the most enjoyable festival of the year.

This year I was competing again with Richie Hull and as always we travelled over on the Saturday morning which usually gives us time to settle into the digs and sort some kit out before the open match on the Sunday before the event. It's quite important to us to fish the open match as this is the day which really helps you fine tune your kit as the fishing in Ireland is often very different from what we experience the rest of the year here in England. 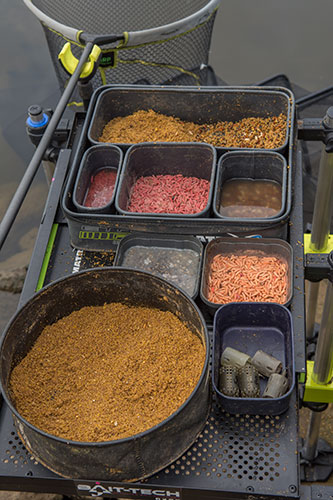 Practicing helps to work out what baits will work in the festival.

The fishing was very different this year as it soon became apparent that there were very few Roach in the system which would potentially have a huge impact of the tactics and bait choices so we found ourselves targeting the big hybrids which can average around the kilo mark! 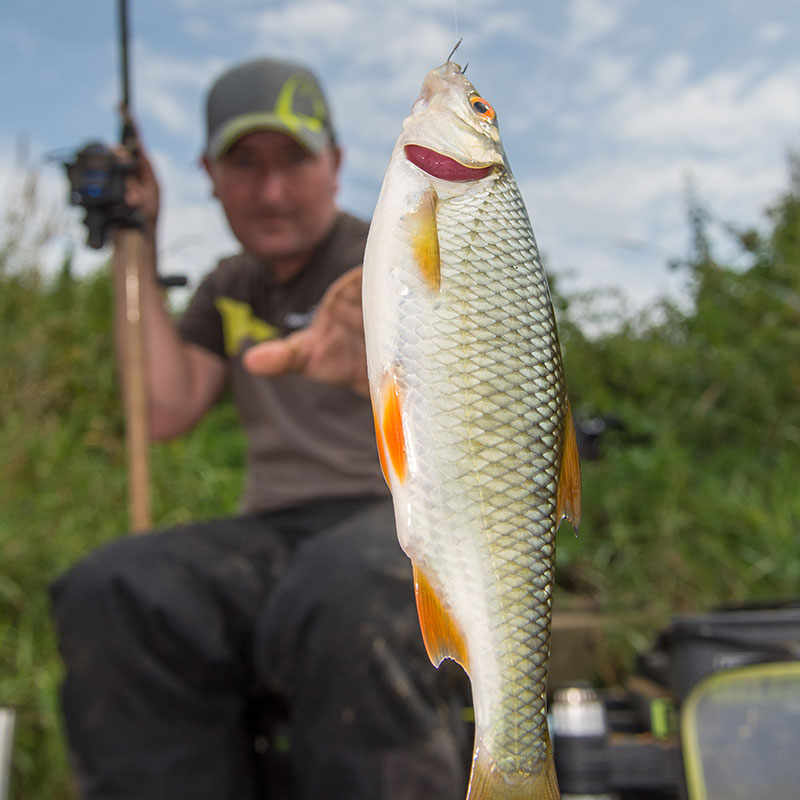 There were fewer roach to target this year.

Through Monday and Tuesday of the 5 day event it soon became clear that Richie's drawing arm which seems to haunt him had sadly not missed the ferry as he really struggled from 2 poor areas and all I could muster from Horse Island was 7kg and on Tuesday I fished the pole at 5m all day for around 60 fish for a respectable 8.500g from the Rocks at Lough Scur. Wednesday was another frustrating day for Richie as he drew peg 6 at Greenie's Shore and whilst he managed to get a few bites, he lost 20+ hooks and rigs on the rocks which can be a problem in certain areas on these wild venues. I'd drawn peg 10 at Killadeas and whilst I had every intention of setting up the pole, with the wind making it almost impossible to hold, the peg being just 3ft deep in pole range and the lack of Roach in the system, I opted to attack the 40m line for Hybrids. A duplicate feeder set-up with the 4m XD and Feeder 5500 reels was put to the test and I managed to find a few hybrids to win the section with 12.500g. 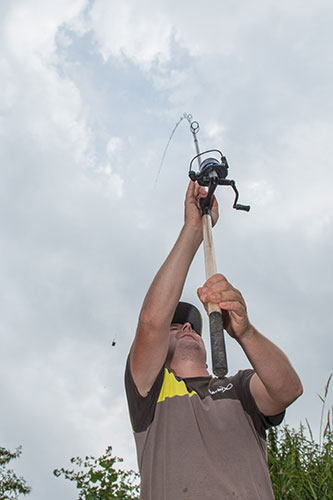 Going into Thursday we were chasing a good weight as we were 14kg off the top 10 so when I drew Bunerky Lake I decided to attack it and fish solely for Bream. I drew the right area and with the peg on my right not being drawn I really fancied it. The Bream were in the area but I made 2 big mistakes. Firstly, I chose to cast to my right into the empty peg to give myself more space and I opted to feed 12 feeders full of chopped worm, caster and corn right at the off and these were both wrong. As it appeared, the Bream were already there and I didn't need to pile bait in at the start and secondly, the Bream were to be caught on my left so it took me ages to catch. It was only when I decided to cast straight in front of me that I caught. However, Steve Flemming at the next peg did brilliantly to win the section and county and I managed 17 fish for just over 16kg which was 2nd in the county. 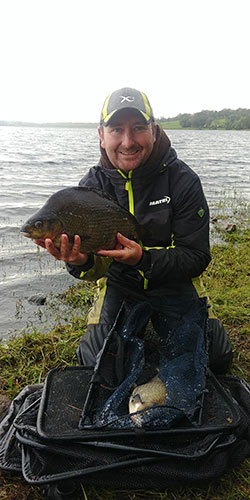 That result had pushed us to about 13kg off the top 10 and it had placed me as 10th overall in the Daiwa Cup individual competition. Going into the final day we were always going to fish for bigger fish and when I drew peg 9 on Cully's Shore I felt I had a chance of a good weight. I opted for the 4m XD's again with the same mix we'd used all week of Pro Natural Dark and Pro Natural Bream I started the match on 90 second casts to try and a bit of bait in gradually for the first 10 minutes. After 40 minutes I'd had 2 2.5kg Bream and a 1kg Hybrid and by fishing bigger baits I managed to keep finding a good Bream at stages throughout the match. I managed 22kg which won the section, the county and the match! The great news then came when Richie called to say he'd had a really good day catching steady and had managed a brilliant 12.500g from Connolly's Shore which added to my weight had catapulted us into overall 10th place! 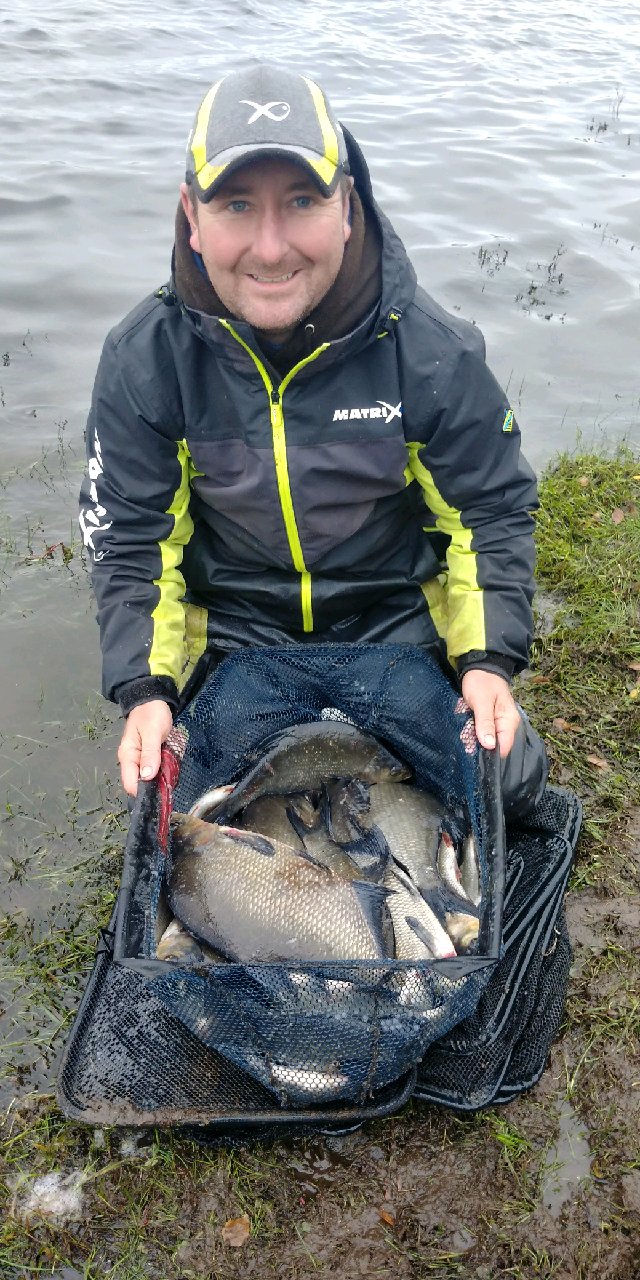 To scrape into the main frame is an absolutely brilliant feeling for us and we honestly feel we've learnt a massive amount this year and the type of fishing you need to get to grips with in Ireland. On the individual front, it's not really sunk in yet to have managed 3rd overall in the Daiwa Cup but that's the beauty of these weight competitions. I still put a massive amount of time into my angling which most people don't know about as it's done after work and off the radar but the key to this week has been drilled home once again. The top anglers do draw bad pegs, but when they do draw the right area, they make the most of it and that's how they do so well in these competitions. Yes this week has been tiring, wet, muddy and at times, frustrating. But it's wild fishing, exciting and remains the best event on the calendar so once again a huge well done and thanks goes to the organisers and sponsors. Roll on next year!