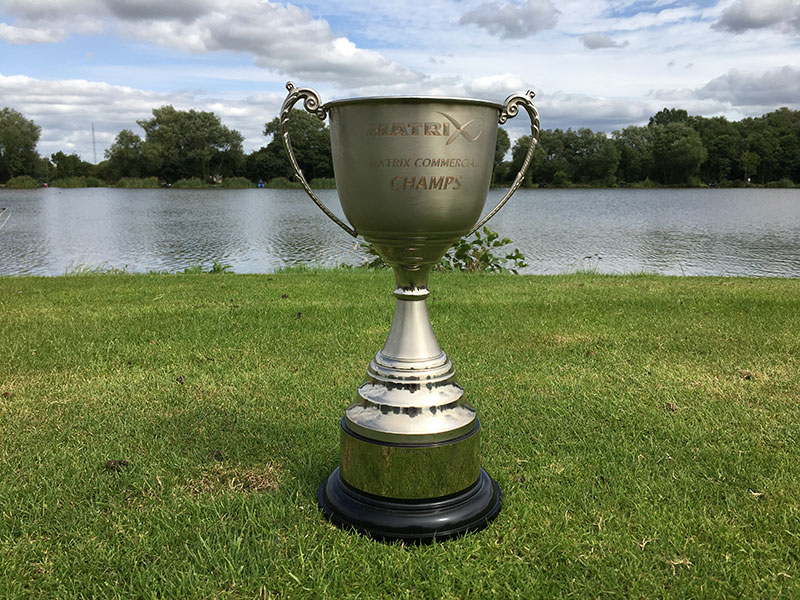 Sunday 20th August saw 50 anglers descend on midlands angling mecca Barston Lakes for the forth and final round of the 2017 Matrix Commercial Champs. The three previous rounds had been battled out at Makins, Meadowlands and Packington and this had left a list of 15 anglers who were still in with a chance of walking away with the title.

The top eight, led by Roy Beasley, were separated by just 2 points and it looked like it could come down to cumulative weight to decide final standings if the front runners all won their sections.

Top 5 going into the final round

At the draw it was 124 which everyone wanted to draw as it seemed to be the inform peg and even those out of contention in the league had a chance of picking up close to £1000 on the day should they win the match. Roy Beasley was the man to watch and he drew peg 52 which everyone really fancied, a good peg in a relatively fair section and a lot of people thought it was game over. Chris Cameron had drawn peg 114, potentially the wrong end of his section should the carp feed in the higher numbers. Phil Canning had pulled out peg 12, a peg that had recent form and is always good for a few fish.

As the match got underway it was clear that there were a lot of fish in the pegs from 120-124. The anglers in these pegs were catching a lot of fish on the pellet waggler but with none of them in contention for the league attentions were drawn to other sections.

Phil Canning had got off to a great start and half way through the match looked odds on for a section win. Roy Beasley was really struggling in what appeared to be a hard section and the league and title seemed to be slipping away from him. As predicted Chris Cameron was struggling and had resorted to trying to catch skimmers while those in the higher number pegs in his section were picking up odd carp on the waggler. 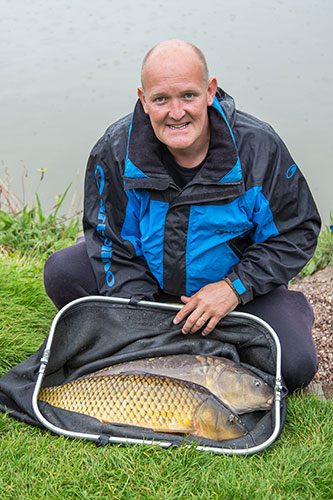 At the end of the match it was hard to call a winner, the obvious pegs the 120’s were admitting to over 150lb but Wayne Sharman and Mark Casemore had caught on pegs 28 and 30 and could also push for the win. 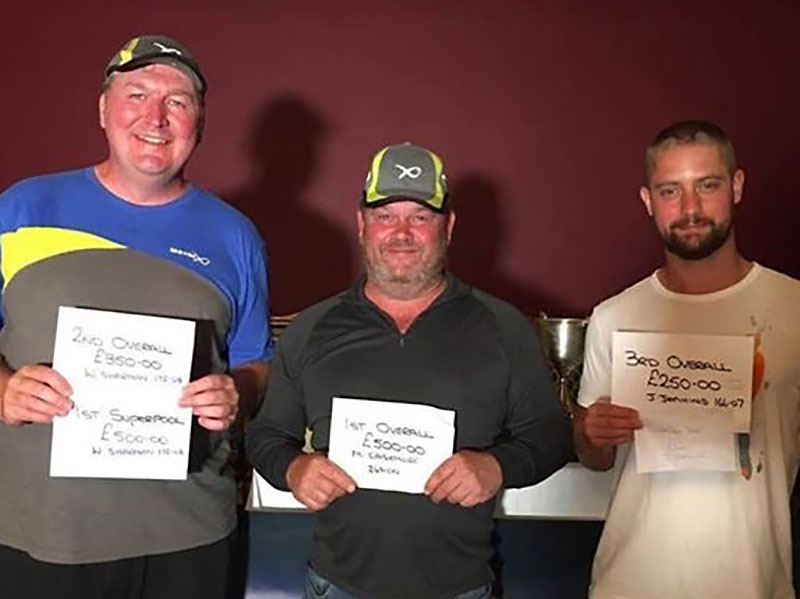 Mark Casemore took the individual honours on the day

As the results filtered through it was obvious that Mark had won the match with well over 200lb and Wayne had put over 170lb on the scales for second. As predicted Phil Canning won his section and therefore took the league, the title and £2000, Chris Cameron managed to hold on to 2nd while Jon Arthur fished a tidy match to win his section with 50lb of pole caught skimmers which pushed him up into 3rd position. 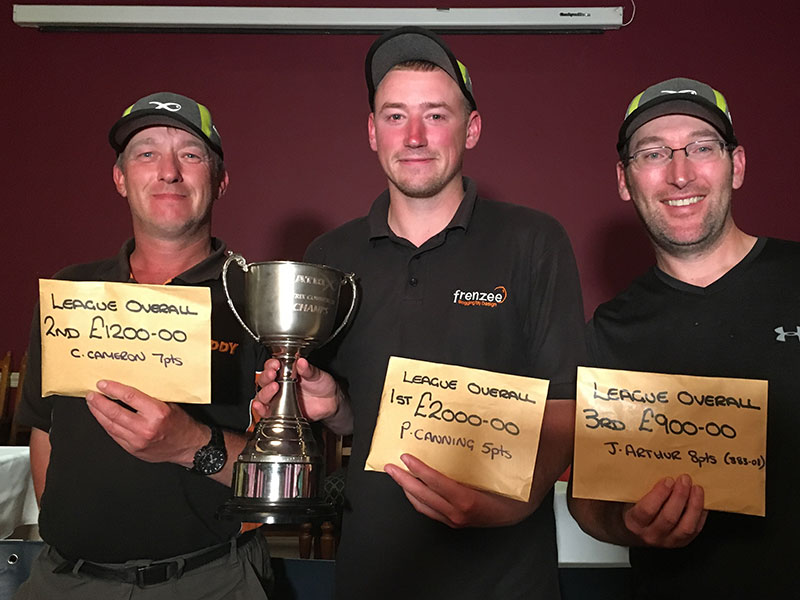 The final standings in the league.

It was another fantastic series and full credit must go to Wayne Sharman for organising it so efficiently.