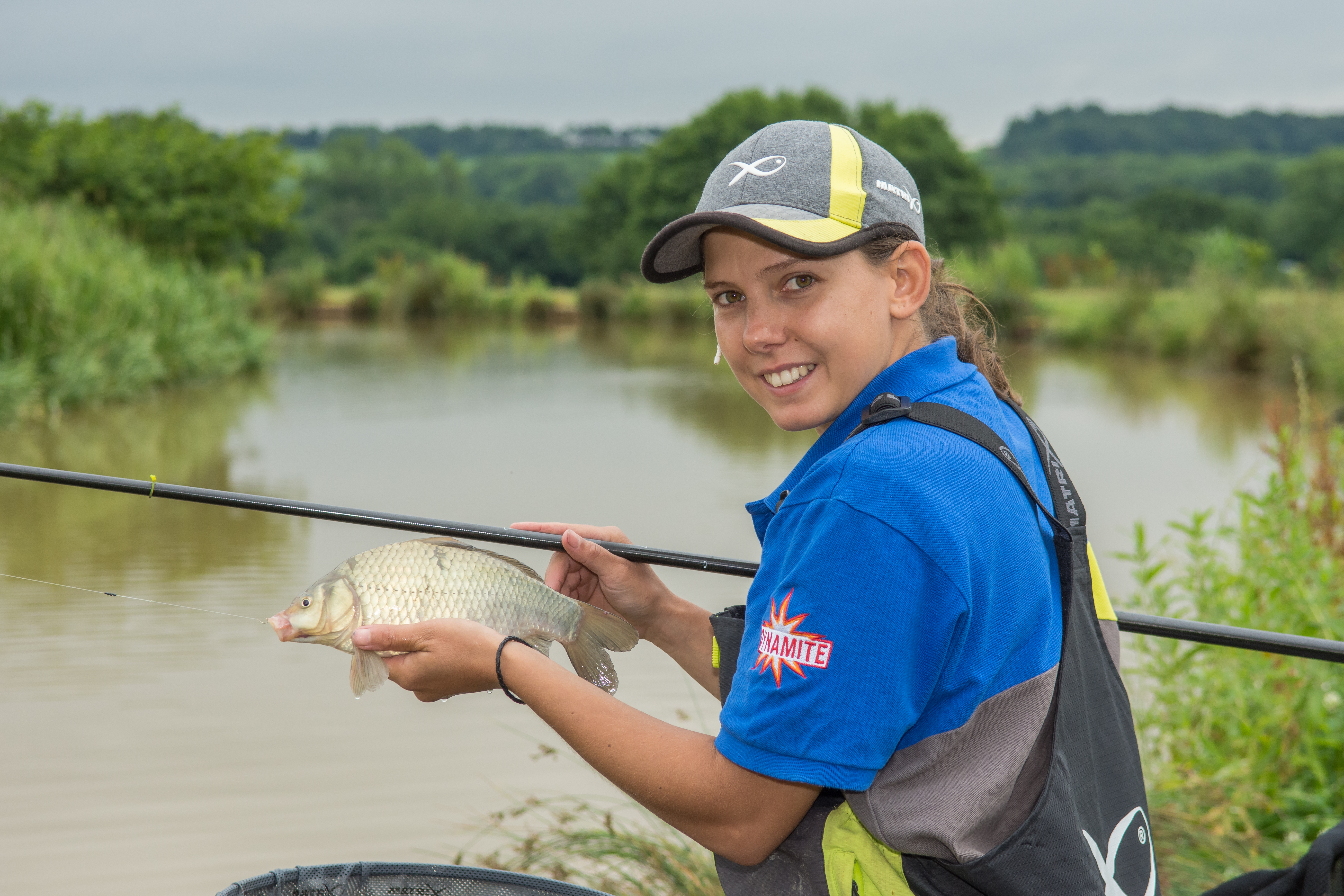 There’s more to fishing a practice session than catching fish, we joined England International Kayleigh Smith as she ventured on a practice session at Cudmore Fishery for the forthcoming Fish O Mania final. How would she approach the session and more importantly, would practice make perfect?

I think when fishing any venue you’re not familiar with the session starts at home. This to me means I make a few phone calls, go on Facebook and look online to see if I can get a bit of a plan on how to approach the venue. From this you can start to build up an idea of the type of tackle and more importantly, the baits you’ll need.

I followed this procedure for my practice session at Cudmore and it seemed that you could catch on most baits but either casters or pellets seemed to be the baits that were producing the most fish. With this in mind I decided to fish both baits and try to find out which would be the most effective. I also found out that the fish could be caught in the margins so I decided to go armed with a groundbait and worm approach that has worked really well for me this season. 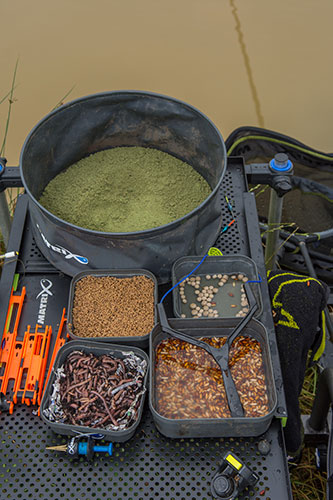 Take a variety of baits for a practice session.

As you’d expect when it comes to practicing I always set up a variety of rigs and also carry a large stack of rigs with me, it’s important to set up rigs that you think may not be effective, just to rule them out, this could be a very light float to fish in deep water or a heavy float for a shallow margin. Practicing also gives you an idea of what species are in the lake and the size. This can be a huge advantage as you know exactly what elastic you want to be using come match day.

One final point worth mentioning is my line and hook choice, I like to make all my rigs up using 0.165 Power Micron which then allows me to use any hooklength from an 0.10 if I need to catch silvers, right up to 0.165 if I’m catching big fish in the margins. By using hooklengths it also allows me to switch hook size really quickly between a small hook like a size 20 right up to a 16 or 14. 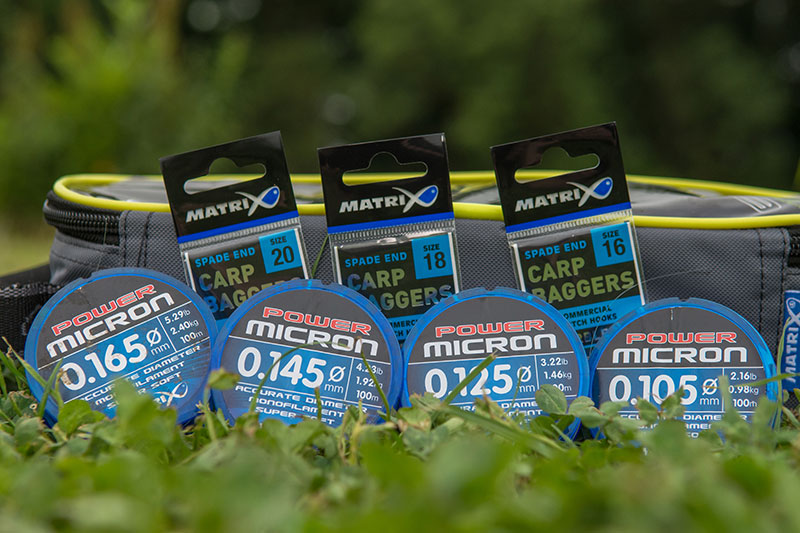 Practicing is all about finding out what tackle you need.

Another important part of practicing is finding which swims work best and when. I will fish the margins, the deep water down the track, the far shelf and tight across, from this I can decide which areas are worth targeting in a match. Sometimes areas like the track down the middle of the lake can get ignored by locals yet the fish are there, but don’t get fished for. This can result in it being a safe zone for the fish and can be a deadly area to target on the right fishery. One point I think is worth mentioning is if possible try to sit either near other anglers, or take someone else with you. We all know that fisheries change under match conditions and sitting on your own can give you false impression of how a swim behaves, especially a margin swim. 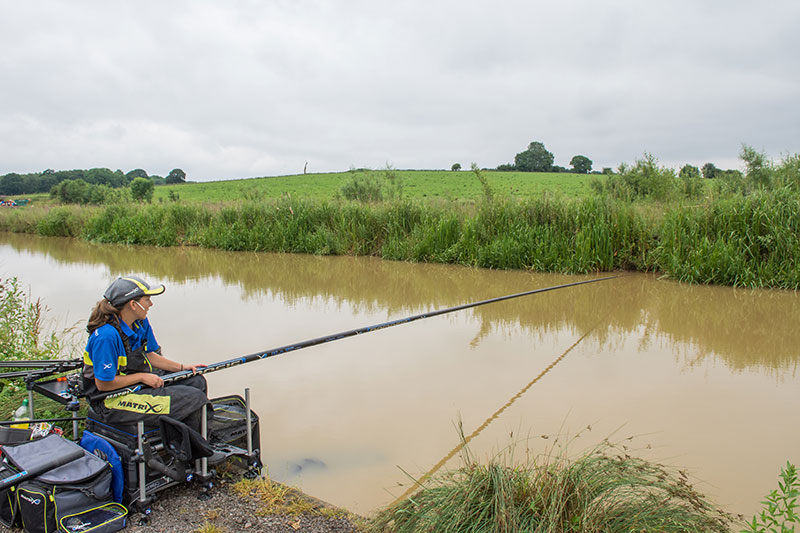 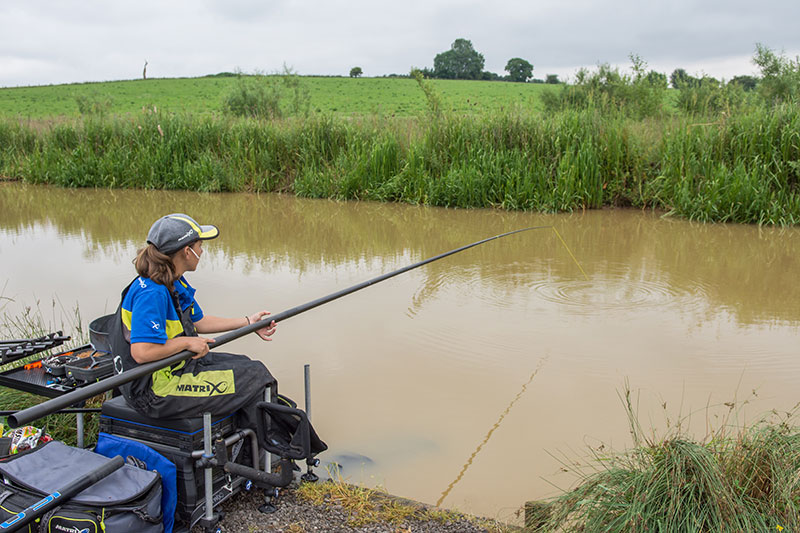 I felt the practice session went very well and I learnt a lot, it’s always nice when a practice session is productive as it gives you the confidence going into the match. I knew that to be in with a chance of winning I would need to catch shallow as this was the method that had been winning a lot of the opens. I still kept an open mind though and fished several different swims throughout the session to decide if they would be worth targeting in the final. 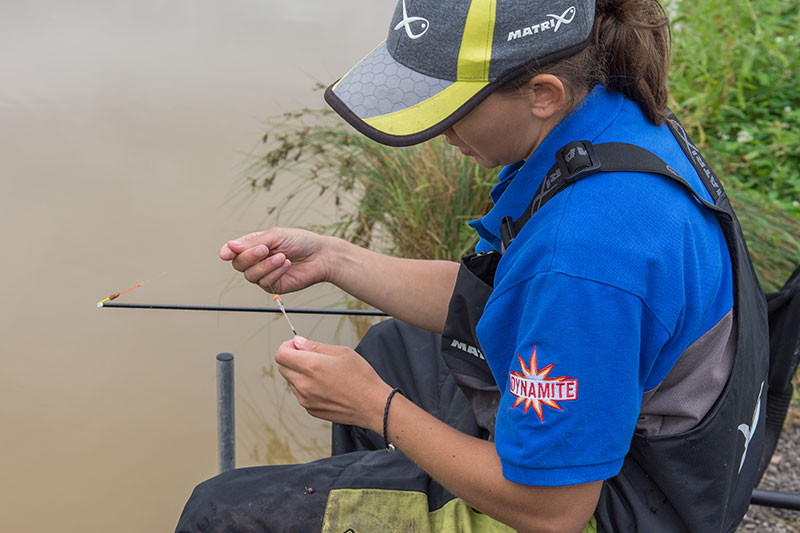 During the practice session I fished casters shallow and Adam (Kayleigh’s boyfriend), fished pellets, this allowed us to try both baits and compare which worked most successfully. It was apparent that casters caught a variety of species including the small ide and roach but the pellets singled out the f1's yet the bites came just as fast as on the caster. With this in mind my plan was set as far as the shallow fishing went. I also knew that if I was struggling there would be a few edge fish to be caught, as in practice I had quite a few on pellet or worm over the groundbait, the interesting thing I found out during practice was that the margin fish were just the same size as the shallow fish but with the odd small tench mixed in. This was great to know as it meant that if one of the others competitors started catching fish down the edge I knew they were going to be just average size fish and not the big fish you expect to be caught in the margins. As well as getting a good idea of tactics I also settled on the rigs and elastic I would be fishing, due to the size of the fish I could fish relatively light with a size 8 Stay fresh hollow elastic, 0.12 hooklength and a size 20 hook. 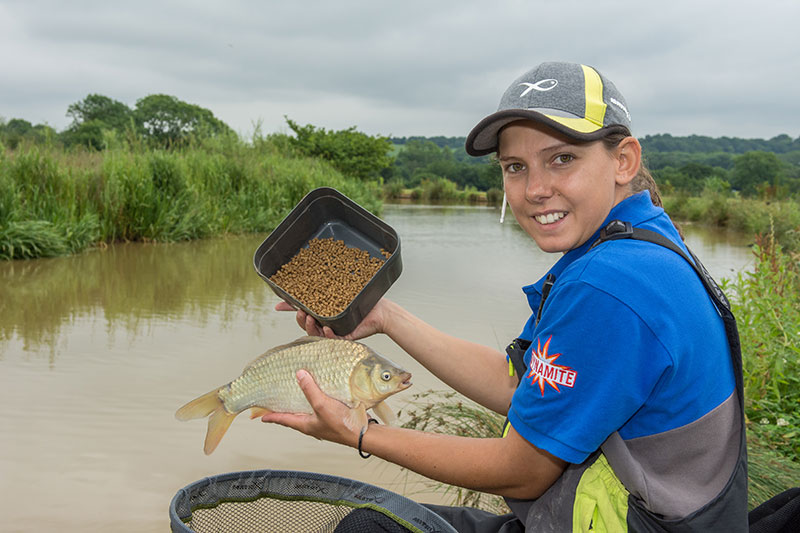 A huge lesson, pellets would be the main bait come the final

After the practice I was itching for final day to come around, I had what I considered to be a good plan which was a shallow pellet line over towards the far side, and a good back up plan with the margin line. It was a simple approach but I often think that’s a sign that you’re in tune with a venue.

On the day I drew ball 2 which was permanent peg 34, the draw did not mean anything to me as my plan was still the same for every peg. I set up 3 shallow rigs, an edge rig as well as a rig for fishing across on the bottom if the fish dropped down for any reason. At the start I pinged 3 pouches of pellets across, fed my edge line, pinged a few more pellets across and then went over with my shallow rig. First drop I had one shallow and I knew straight away it was game on! In the first hour I had 33 fish all f1s, in the 2nd hour I had another 30 then the crowds started to gather and sky came and tried to interview me, with all this going on in the last 2hrs it slowed right down. I still kept plugging away and just picked the odd fish up in spells. I ended up with 97 f1s and a single carp. I also hooked a 4lb carp with just 10 seconds to go before time, unfortunately I had had to put it back as it was not out of the water before the all out. Luckily it didn’t cost me and I went on to weigh 36.3kg which was enough to win with Helen Dagnall in 2nd place with 23kg. 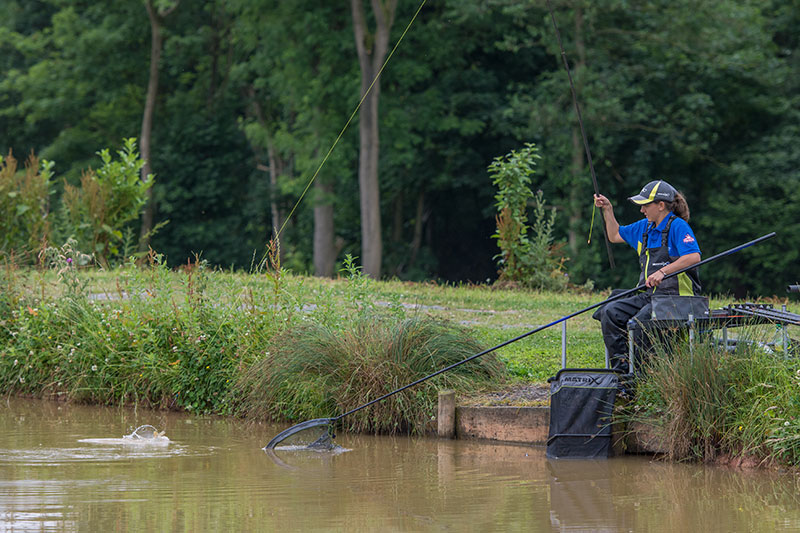 All the practice seemed to have paid off as Kayleigh led the match from the start.

I was over the moon with the win, the £1000 was a nice bonus but the money will soon be spent, the honor of having 2017 Ladies Fish O Mania champion on my CV will last forever and that’s something I’m really proud of. Looking forward I’d love to win it again but for now my attentions turn to the World Championships where I’d love for us to win the gold medal, its all down to the practice!